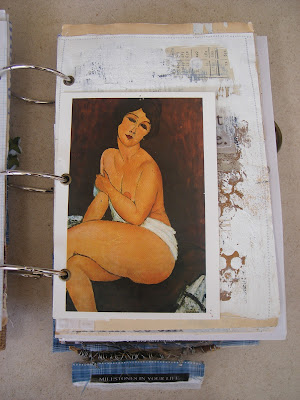 I read all the biographies about Amadeo Modigliani. His intense and tragic life has all the ingredients of a major hollywood film. There was this film with Andy Garcia and the french actress Elza Zylberstein who held the role of Jeanne who loved him so much that she commit suicide a few hours after Modi’s death and she was nine months pregnant. What a tragedy, him dying at the age of 35, so young, so full of life and creativity, and she out of despair killing herself.
He was beautiful
He was tormented
He had an enormous talent
He was starving and must today return on his grave after this naked painting being sold 69 millions dollars! Is the world going nuts?
He was a courageous man unlike the arrogant Picasso though extremely talented of course!
I had a huge crush on Modigliani in my youth…seing myself as Jeanne, living in Montmartre but their reality was not a pleasant one as alcohol and drugs were their close friends. 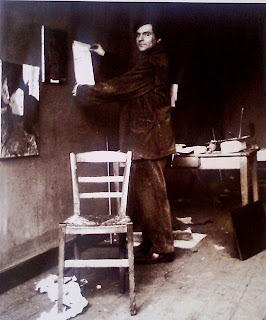 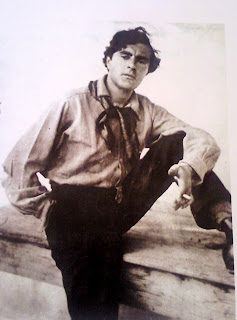 He lead a tormented life filled with doubts about himself, about his huge talent, about how to love, how to give… He was a perfectionist never happy with his drawings, paintings, eager for learning, throwing away, starting all over….in a vicious circle of unhappiness which lead him to die too early.
Have a good week end…I am on holidays cool…still jet lagged but i will be for the next 15 years till retirement
xo